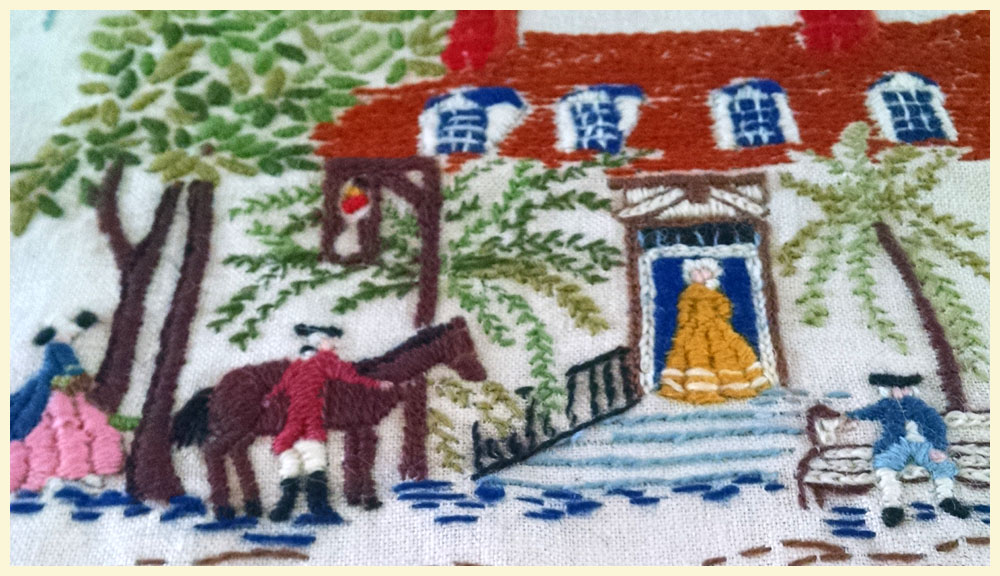 Word on the street is that embroidery kits are hot again. Now you’re wondering what street I hang out at aren’t you? I found this completed vintage hanging (unframed) and instantly fell in love because of how vibrant the colors are. I also became enamoured because some grandmother put painstaking effort into what is essentially a bar scene.
The Raleigh Tavern in Olde Williamsburg is a real historical building that you can visit. Established about 1717, planters and merchants from all over the colony would stop by to play dice in the gaming room, feast in the dining room and of course get drunk. This was a Virginia hotspot where many parties were thrown. In fact, a young Thomas Jefferson got tanked and made an ass out of himself in front of a woman he was infatuated with. When he got home, he did a late night ‘drunk call’ (or letter in this case).
“In the most melancholy fit that ever any poor soul was, I sit down to write to you. I had dressed up in my own mind such thoughts as occurred to me, in as moving language as I know how, and expected to have performed in a tolerably creditable manner. But, good God! when I had an opportunity of venting them, a few broken sentences, uttered in great disorder, and interrupted with pauses of uncommon length, were the too visible marks of my strange confusion.”
How embarrassing, right? Jefferson totally blew it with the hot chick!
In this fabulous embroidered scene there is a man parking his horse out front in what appears to be the Handicapped Only spot. The woman behind him works for the Ye Olde Parking Division and is about to give him a ticket.
A bar wench stands in the doorway of the Tavern and surveys the vomit on the stairs from the previous night of hell raising. She wipes the sweat off her brow as her 100% woolen dress clings to her in the Virginia humidity. She starts down the stairs to clean up the mess, as the barf will no doubt begin to attract flies in the mid-morning sun.
A young Thomas Jefferson sits on the bench out front of the Tavern. He has a doozy of a hangover, and clings to the bench for the world is still spinning. Go Home, Tom. You’re still drunk.
On December 5, 1776, a group of College of William and Mary students gathered in the Apollo Room and founded Phi Beta Kappa. So Phi Beta Kappas, just so you know, you were clearly not the first ones to throw up on those steps.
Vintage Bucilla Americana “Olde Williamsburg “Crewel hanging. The fabric is a little yellowed and there is a small stain (of Grandma stitchery blood?) by the words Raleigh Tavern. It’s ready to be framed.
{{  Snag this for your wall near your very own bar scene! }} 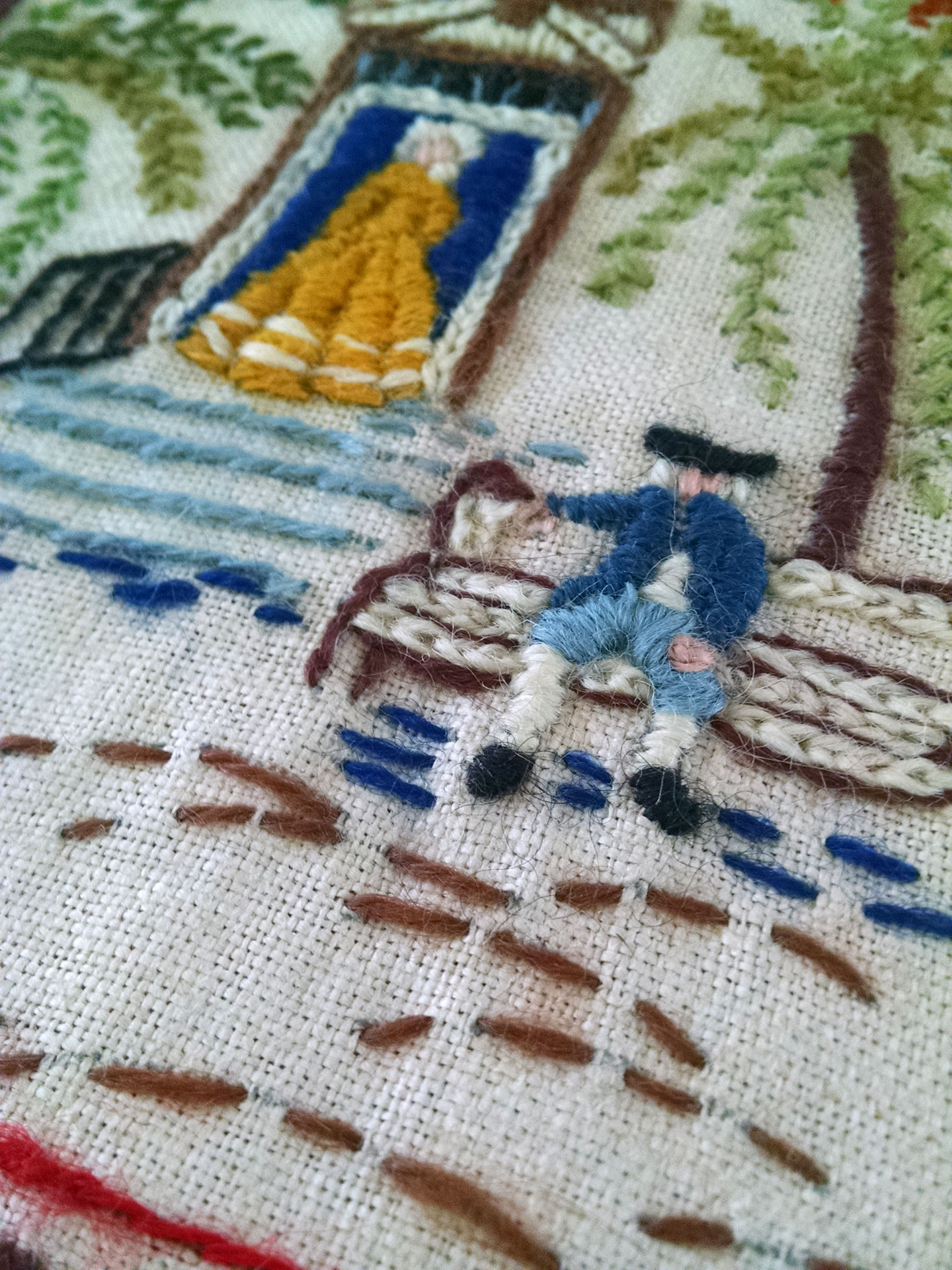 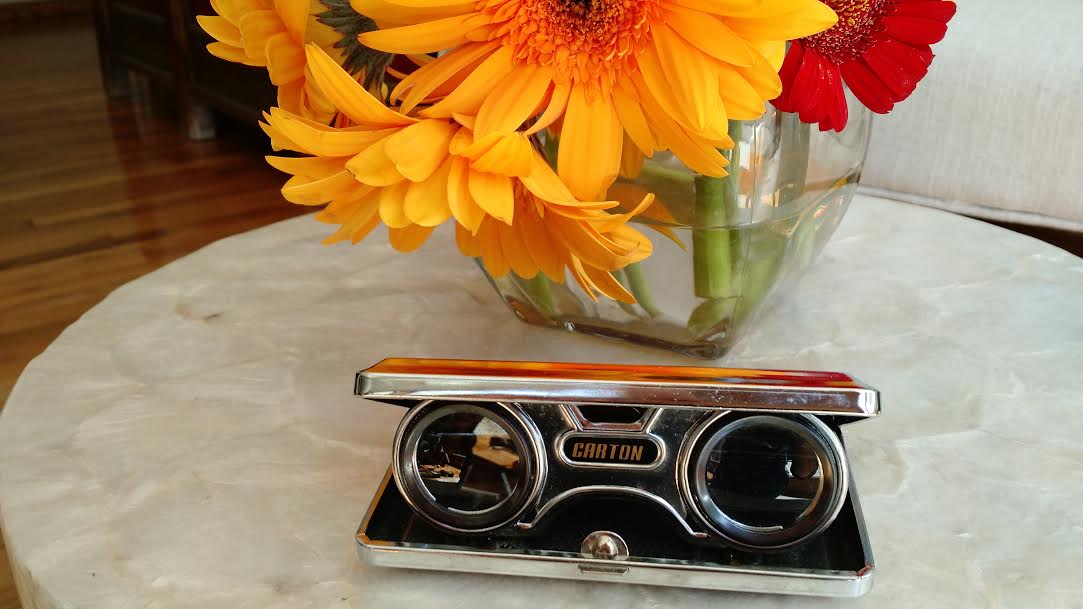 These awesome and very retro ‘sports glass’ binoculars are perfect for scoping birds or cute surfers out at the beach. Popular in the 60’s, these ‘sports glasses’ have a 2.5X magnification and fold up to fit nicely in a purse. Great for Palm Springs, Vintage […] 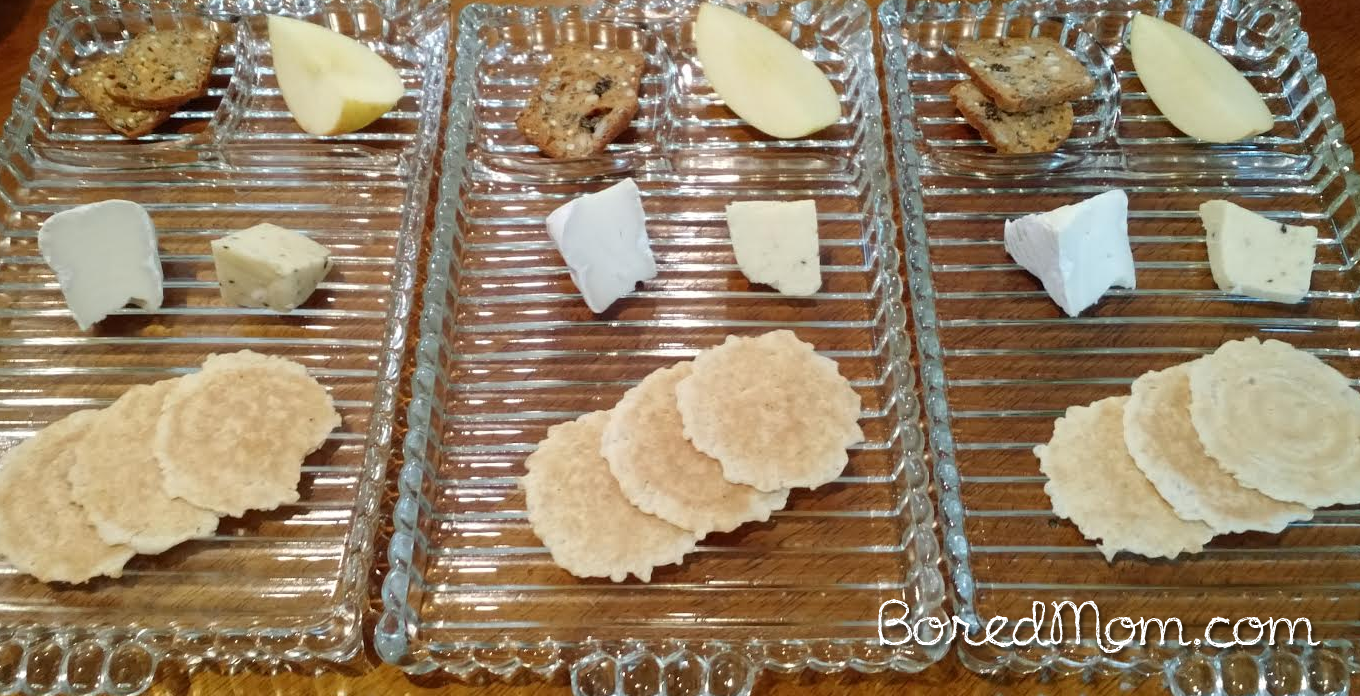 Several years ago, I threw a big bash for my Dad’s 70th birthday. I wanted to do something nice to celebrate this milestone birthday, so we did a wine and cheese tasting party. As I shopped for plates, I realized that we couldn’t have large […] 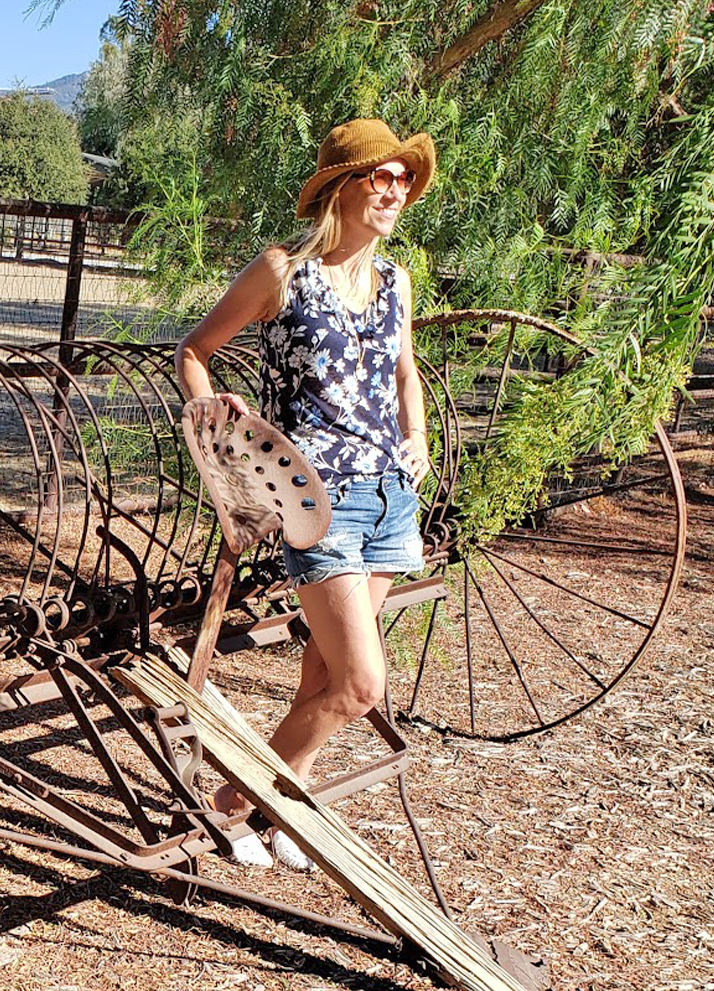