Naples, Italy – The City of Castles 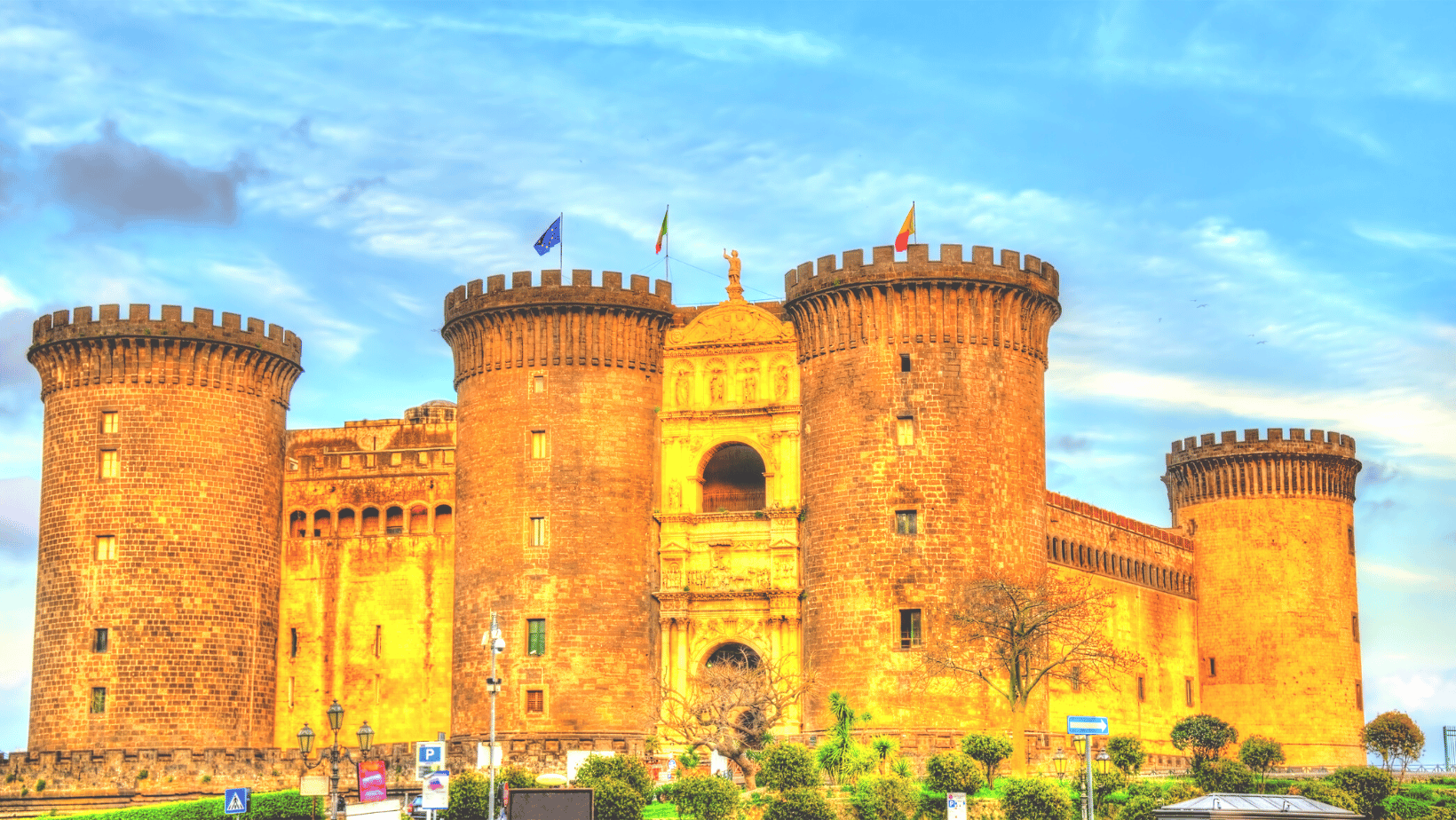 If you’re looking for a visually stunning place seeped in amazing history, Naples, Italy is waiting for you! Situated along the Amalfi Coast is a series of beautiful villages and attractions, one of the most popular being the city of Naples, also known as the City of Castles.

This Italian town is known to be the birthplace of pizza as well as a hotspot for historic landmarks and ancient ruins. Some of the most famous sites include artifacts from the city of Pompeii which was destroyed in the volcanic eruption in 79 AD, as well as many beautiful churches and the Napoli Sotterranea, which are a collection of underground tunnels and catacombs that you can explore.

If you like to look at old ruins and buildings, you will definitely appreciate the beautiful castles that call Naples home. Many of them have survived for hundreds of years and are quite a sight to behold! Below is a list of a few of the fortresses that you can visit while you are in the city, and remember to store your bags at a Naples luggage storage location while you are out sightseeing. Exploring castles is easier without the burden of luggage or shopping finds. 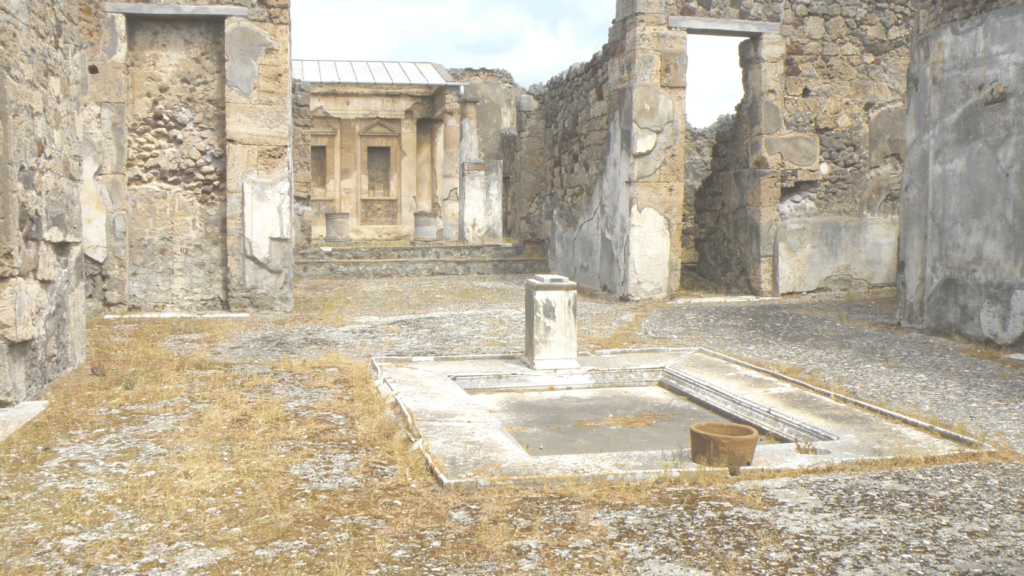 Castel Nuovo, also known as Maschio Angioino, is one of Italy’s most famous fortresses and is easy to get to since it is located in the heart of the city, just opposite the City Hall building. The construction of the castle began in the late 1200s after it was commissioned by Charles I of Anjou. This structure is unique as it was built in a trapezoidal shape with four tall towers, and the entrance is made of white marble. Today, the building houses the Civic Museum as well as the Neapolitan Society of Homeland Security’s library.

The palace is home to several stories and legends, like the time when an alligator allegedly entered the castle through a hole in the walls of the moat and went to feast on prisoners in the dungeon! By visiting Castel Nuovo you will get to walk through the Hall of Barons, which is the biggest room in the castle and holds its own story.

Back in 1487, the then-king named Ferdinand I of Naples invited the Barons of the region to the fortress but, unbeknownst to them, the real reason for his invite was to arrest and order them to death. Other areas that you can visit in the castle include the Prison of the Barons, the Armory Hall, and the Palatine Chapel.

The Castello del Carmine is an ancient structure that was built by Charles III Durazzo in 1382 and its purpose was purely defense and military functions. You will not see any towers or turrets since it was mainly used to house soldiers in the two towers and the main castle keep. Despite its lack of fighting power, the fortress was a very important structure and renovations continued on the castle up until 1700 when it was used during the Neapolitan uprising.

It is unfortunate to say that most of the castle is not still around today since the construction of the Corso Garibaldi road led to some of the main areas being demolished. However, if you pay it a visit you will still be able to see parts of the walls, the two towers, and what’s left of the fort.

A tour of all the castles in Naples would never be complete without visiting the historic Castel Dell’Ovo. This palace is one of the oldest in Naples and its story began way back in the 6th century! During that time Greek Kings ruled the area and the fortress was not accessible from the mainland, since it was built on the island of Megaride. Today you can get to the island by taking the bridge leading from the main street.

The Castel Dell’Ovo has a very interesting myth attached to it; apparently, when the building was being constructed, a Roman poet by the name of Virgil placed an egg in a small cage and hid it within the foundations of the castle. According to the legend, as long as the egg was safe and unbroken so would be Naples and its defenses. Who knows if it’s true, but the fortress is still standing strong today! The building is sometimes used as a venue for special events or even weddings.

If you look up at the summit of Vomero’s Hill, you might be able to spot the incredible Castel Sant’Elmo; one of the best preserved structures in the entire city. The original building was constructed in 1329, but the castle standing in its place today dates back to 1537. It has always been an important fortress thanks to its location and has been seized by opposing forces several times throughout its life.

A visit to this six-pointed star-shaped building will give you a glimpse into the past when it had been used as a prison, a governing office, and a military base. Inside the castle, you will find the Novecento Museum where you can see artworks from a range of Neapolitan artists from both recent years and times of the past.

Situated right in the heart of a piazza in the city center of Naples is the amazing Castel Capuano. It does not resemble the city’s other fortresses but is a beautiful and intricately designed building that was constructed in the 12th century, shortly after the Castel Dell’Ovo was built. It was used first as a royal residence and then as a gathering place for nobles and people of importance. Later in the 16th century, the structure was transformed into a courthouse and prison.

If you visit the castle you will be able to admire the Court of Appeal’s Hall which is home to some beautiful frescoes, as well as the Sommaria Chapel and the Busts Hall which is dedicated to some of the most prominent lawyers of Naples. If you head outside of the castle you can explore the courtyard where the Formiello Fountain is located.

The Historic Fortresses of Naples

These ancient buildings tell the story of Naples and have played a large role in creating it as well, since many of them served as fortresses and protected it throughout the centuries. Naples is sometimes called the City of Seven Castles; at one point, it was the only city to have that many palaces within its borders. Listed above are a few of the best ones to visit but you can extend your tour to see even more incredible ruins if you have the time!